A few days ago when I connected an eternal LCD screen I found a border around the desktop, as shown below: 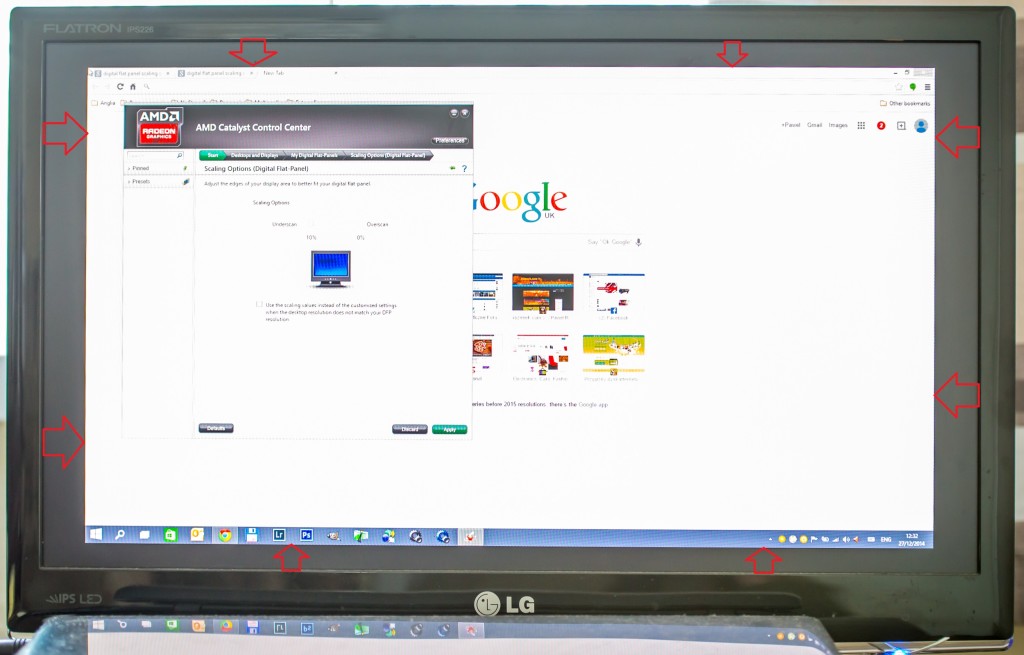 It was a Samsung laptop with Windows 7 however further tests revealed that it was the same problem  on Windows 8 and 10. It looked like a problem with resolution, however the resolution was set up correctly.

The mystery has been solved when I found that in AMD VISION Engine Control Center I had to change the scaling option to value 0%, as shown on the pictures below: 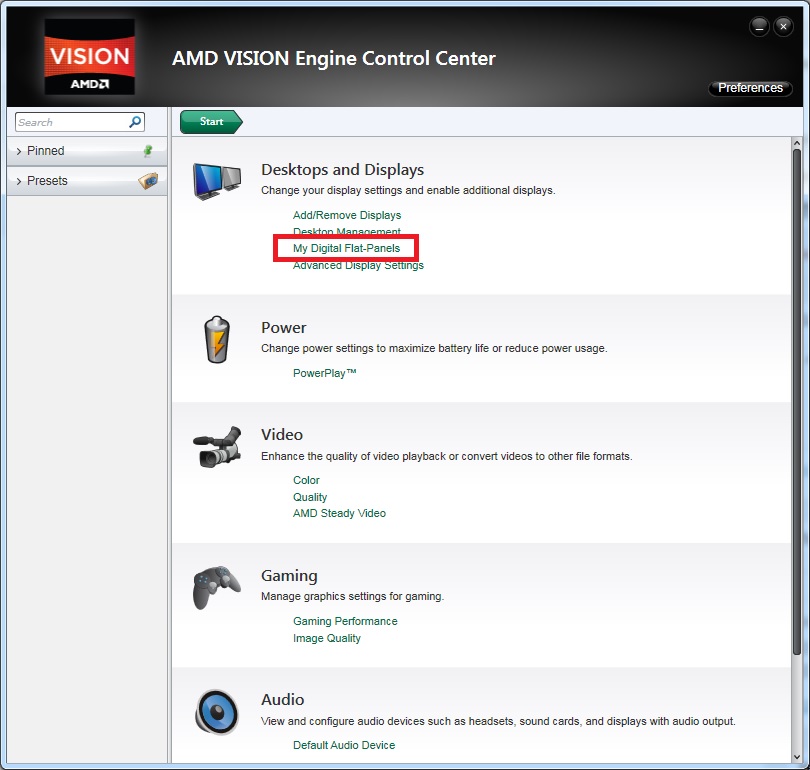 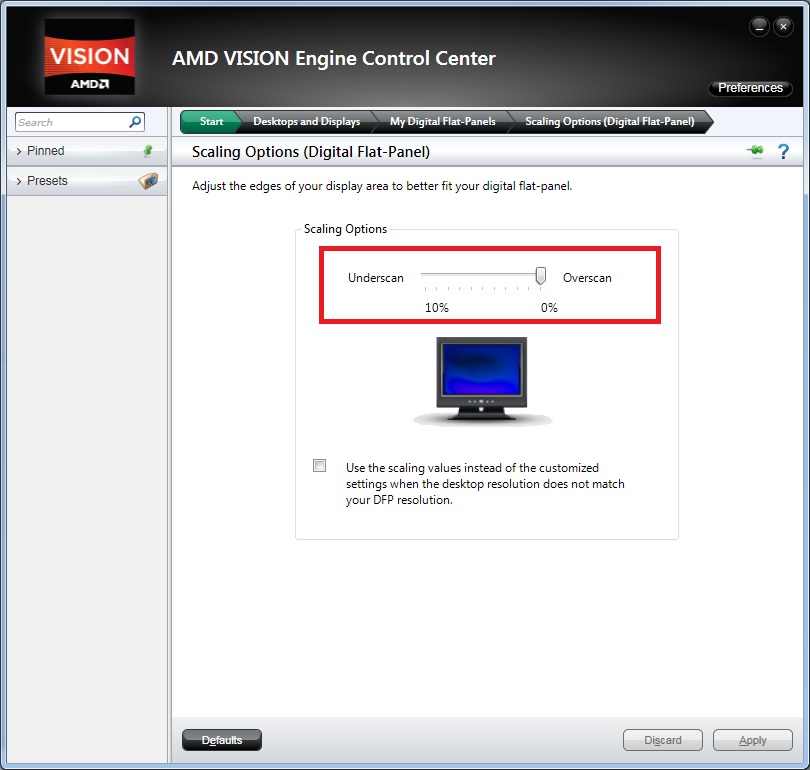 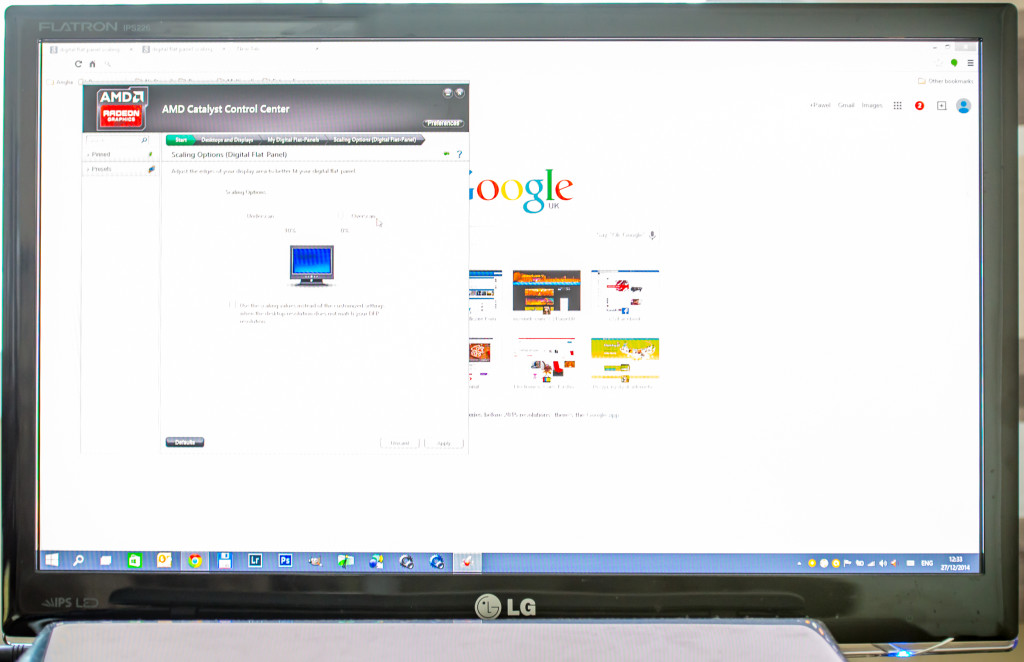