Today Arleta and I went to Southampton, and we have found this massive cruiser MS Independence of the Seas moored in Mayflower Park. 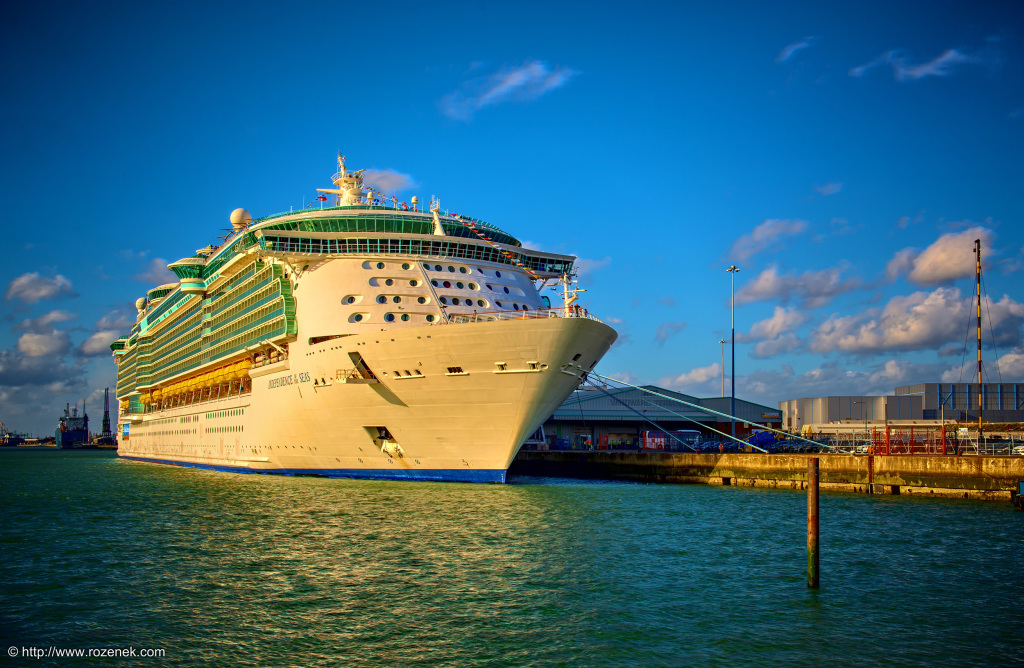 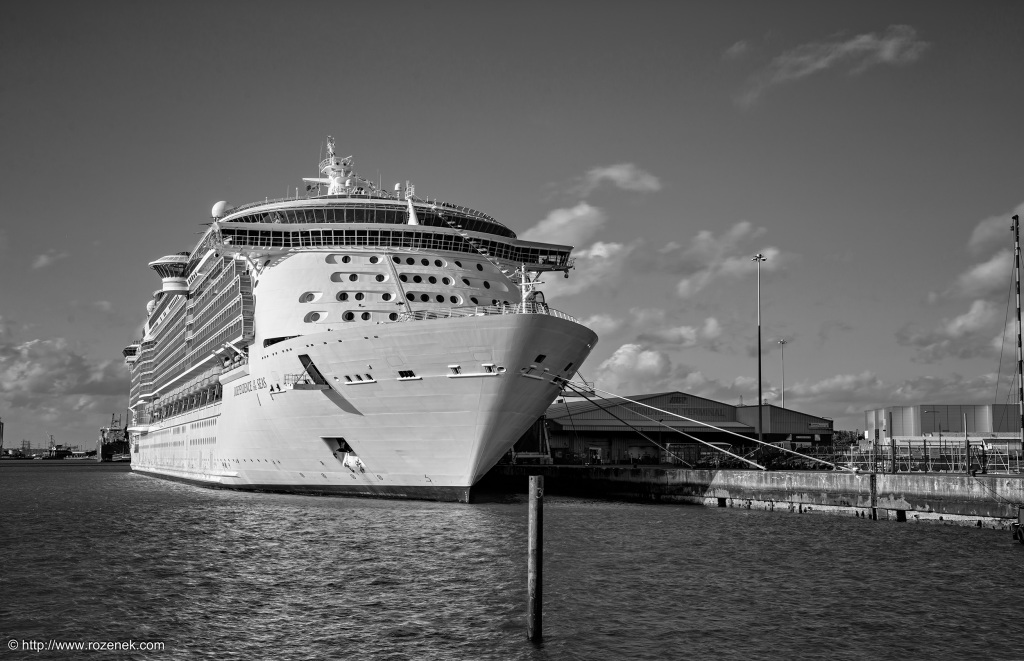 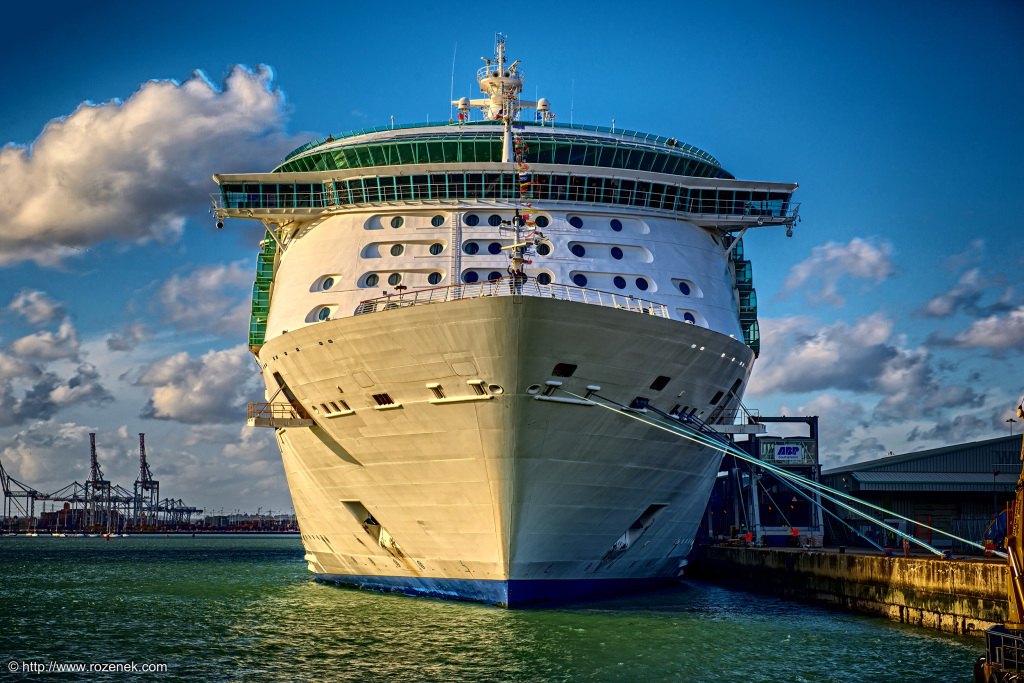 MS Independence of the Seas is a Freedom-class cruise ship operated by the Royal Caribbean cruise line that entered service in April 2008. The 15-deck ship can accommodate 4,370 passengers and is served by 1,360 crew. She was built in the Aker Finnyards drydock in Turku, Finland, builder of Freedom of the Seas and Liberty of the Seas, her sister ships of the Freedom class. At 154,407 gross tons,[4] she joined Freedom of the Seas and Liberty of the Seas as the largest cruise ships and passenger vessels yet built. She is 1,112 feet (339 m) long, and typically cruises at 21.6 knots (40.0 km/h; 24.9 mph). The vessel operates from Southampton, England[2] and Fort Lauderdale, Florida.